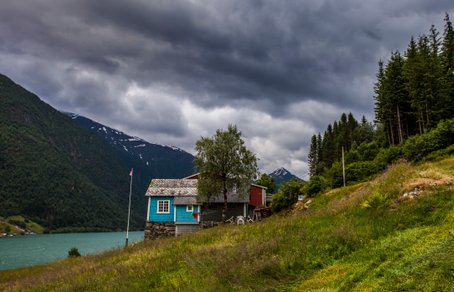 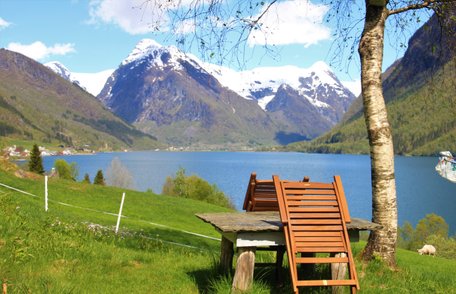 Masstova is an old building that is connected to the farm. It's a bit uncertain when it was built, but it is thought to be in the early 19th century. Masstova has earlier been used as a diningroom. It was connected to the house where the food was cocked, and everyone on the farm gathered in Masstova during the meals. In the 1950s the house had not been used for many years, and was then changed and extended, but the original walls of timber are still intact in the part that is now the living room in the cabin. The cabin is located at the outskirt of the farmyard and has its own driveway and patio with tables and chairs.

Cosy living room with original walls of timber.  Beautiful view over the Supphelle and Bøya part of the Jostedal Glacier and the fjord. TV, coffee table and dinner table. Open loft-room over the living room. Wood-burning stove that can be used. Firewood included.